No items found.
Go To Packages
Product is not available in this quantity.
Cart

No items found.
Go To Packages
Product is not available in this quantity.
Cart

No items found.
Go To Packages
Product is not available in this quantity.
Contact us
  Back to Blog 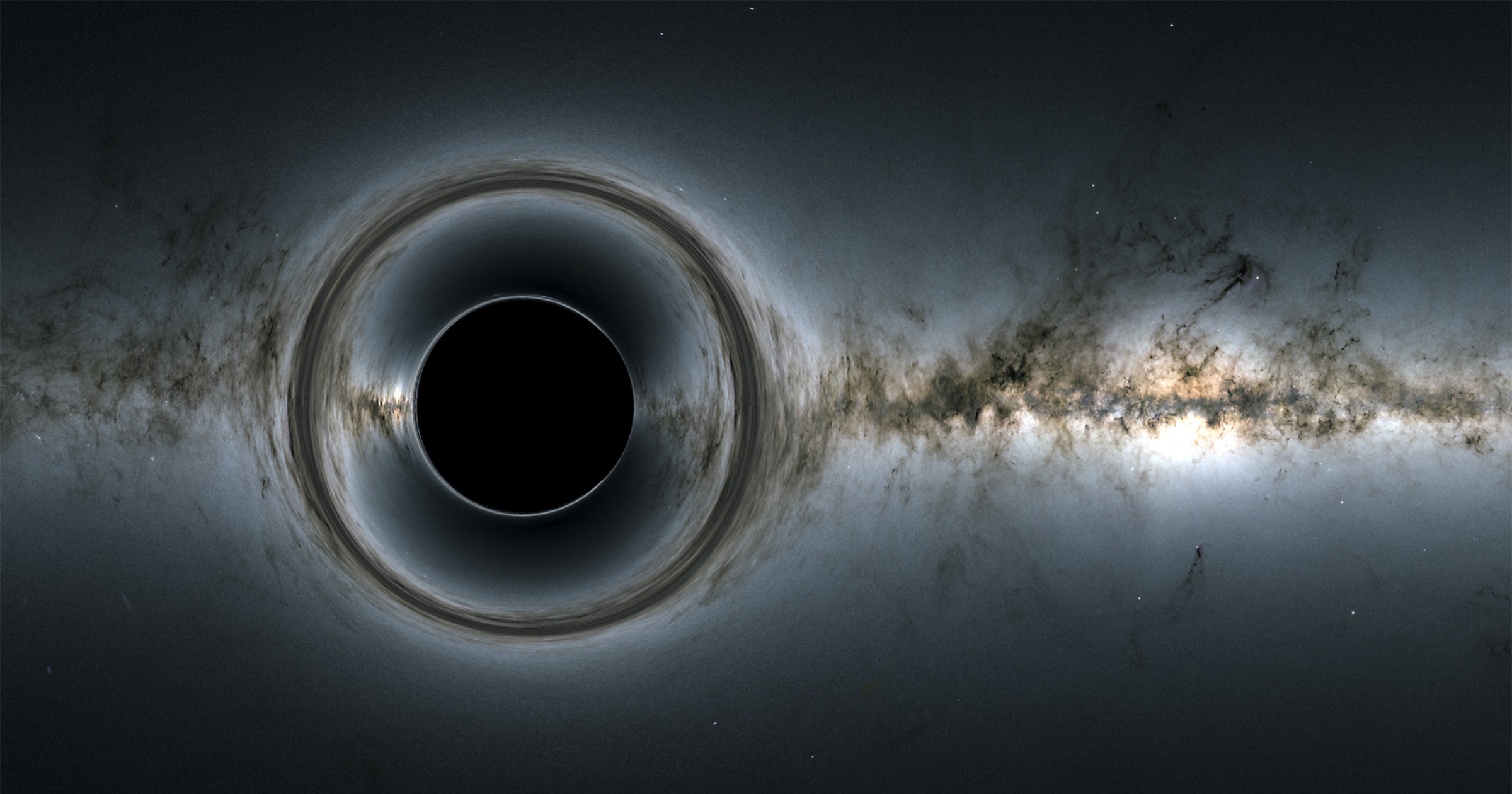 Black Holes have always been a fascinating topic. First coined by Pierre-Simon Laplace in 1796, they were defined as an object which had a gravitational pull greater than that of the speed of light. These massive objects have a unique spacetime metric because their gravitational force is so great that it warps the spacetime fabric itself. 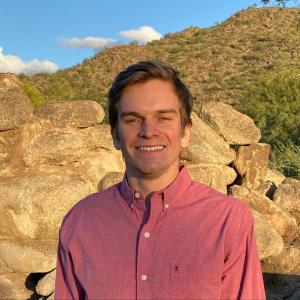 Black Holes have always been a fascinating topic. First coined by Pierre-Simon Laplace in 1796, they were defined as an object which had a gravitational pull greater than that of the speed of light. These massive objects have a unique spacetime metric because their gravitational force is so great that it warps the spacetime fabric itself. Black holes are interesting to physicists due to their extreme and massive nature. However, they provide a significant challenge to theorists. In the conditions of a black hole, quantum theory, and general relativity conflict.

Due to the extreme mass of a black hole, they create an event horizon, the point in spacetime where zero light can escape the gravitational pull of a black hole. A paradox arises. If light cannot leave the black hole, where does all of that information go? Does it disappear or does it get thermally radiated or quantumly transmitted back into the universe? Conservation of entropy tells us that total entropy cannot be lost for the sake of the 2nd law of thermodynamics. Gravitational theory tells us the information (and hence the entropy) is lost or rearranged via radiation. And quantum theory tells us that information can not be lost, nor copied.

Throughout this paper, I will briefly overview the mathematical foundations and concepts leading up to the black hole information paradox. Visiting Einstein, Schwarzschild, Beckenstein, and Hawking’s work will provide some enlightenment on how black holes exist and evolve over time. Their theories are all crucial in the field of black holes. I am going to focus on the conceptual base of the subject, describe fundamental theories, and highlight what I consider to be the most plausible theory at the present date.

To start, we must first describe topography for spacetime. The topography metric is the fabric in which a black hole resides in. In the Minkowski case, where spacetime is flat, we see the form of the line element of invariance.

This line element describes the invariant distance between all coordinates in the flat, 4D spacetime of (t,x,y,z).

However, spacetime is not flat near black holes. A space-time metric that satisfies the curvature around a point of mass is known as the Schwarzschild Metric:

This metric is used for non-rotating and uncharged black holes. Notice that, there are two singularity points, where this metric blows up out of proportions. When r = 0, at the center of the black hole, the denominator turns to zero and the term goes to infinity. And when r = 2GM, the coordinate system fails. This is the event horizon of the black hole. It is to be noted that a change in coordinate systems would reveal that this is not a real singularity, merely a singularity due to our choice in reference points. Meaning, that you would not notice a physical discontinuity when passing through this horizon radius. At r > 2GM, the metric becomes space-like, and r < 2GM, the metric becomes time-like.

Space-like, time-like, and light-like curves are dependent on the sign values of our metric line element.

The 3 spacetimes are defined as:

The distinction between space-like, time-like, and light-like spacetime are simply the sign value of the line element.

With the newly defined spacetime properties, it is helpful to graph the light cone of the line element in order to get a better understanding of how world curves behave in these metrics.

Relating the light cones to black holes, we have a figure below which helps visualize the event horizon of a singularity.

It is important to understand the Schwarzschild metric is one of many (if not infinite) possible metrics. It is one use case derived from Einstein’s general field equation:

2.2) Entropy
According to the 2nd law of thermodynamics, the entropy of the universe cannot be decreased. However, if some mass reaches the singularity (r = 0) of a black hole, the entropy of that mass would theoretically disappear, decreasing the universal entropy and hence contradicting the 2nd law of thermodynamics. Luckily, Bekenstein found a direct relation of a black hole’s surface area to its total entropy.

Entropy is used by most theorists as a universal baseline for theories, and we will see later in this paper how entropy can be used to justify or question theories.

In 1974, Stephen Hawking published his theory on black hole radiation. He predicted that at the event horizon, particles would be thermally radiated due to quantum effects.

Specifically, he predicted that particles would have virtual pairs, which would separate and become real due to spacetime warping near the horizon. (Right image). Some particles would escape the event horizon and their partner particles would fall into the black hole. Both particles would be subject to quantum entanglement under his theory.

Through rigorous mathematical proofs, Hawking concluded that the temperature at the event horizon, as seen by an external observer, was given by:

Where k is the Boltzmann constant, h is Planck's constant, M is the mass of the black hole, G is newton’s gravitational constant, and c is the speed of light.

In his theory, Hawking concluded that black holes radiate quanta particles. The quanta radiation (now known as Hawking radiation) causes black holes to lose energy and mass, ultimately resulting in particle “evaporation”, at which they cease to exist. For typical astrophysical black holes, this process is incredibly slow. However, despite its negligible effects on the mass-energy at one point in time, it highlights an inconsistency in quantum entanglement overall. How can a particle, inside the singularity, evaporate into nothing and still maintain its quantum entanglement with its pair particle outside of the black hole? To understand this paradox fully, we need to understand how quantum information works.

Quantum Information is all predicated around the idea of a qubit. The qubit is a two-state system that can represent two states in the simultaneous superposition of both states.

A general form for probability density is:

For example, a qubit with states:

Would have a probability density of:

And have a probability density matrix,

These probability density values are needed in order to find the entropy of a quantum system. Von Neumann entropy is the extension of classical entropy concepts into the field of quantum mechanics, and is defined as a function of probability density:

Where Tr is the trace, and ⲣ is the density in its eigenvector form.

A pure state means that all information on the system is accessible. A mixed state means that the description of the state is statistical. This is important for the black hole paradox because entropy and surface area are directly related. The entropy between entangled states of quantum information is the main cause of the paradox, specifically between the Hawking radiation particle pairs.

In Quantum Field Theory (QFT), the main equation that describes an infinite collection of quantum harmonic oscillators can be written as:

This form has annihilation and creation operators, b- and b+ that are from the reference point of an accelerated observer.

These operators are important because as we examine the hawking radiation and quantum entanglement paradox, the operators stay entangled according to quantum theory. However, according to Hawking radiation, one of them evaporates from existence. By coordinating the particles in proper time from an accelerating frame, we can compare the annihilation of a particle inside a black hole to its corresponding particle, also known as a quanta. The math derived from these equations would take another 5 pages, so I am going to skip over the proofs.

The radiated quanta from the black hole are entangled with something non-existent when the black hole evaporates particles. This means that the black hole evolves to become a mixed quantum state, and cannot be described as a pure state. So, the initial state of the particle cannot be retrieved (since its not in a pure state) and information is lost. It is only describable through its probabilistic density matrix.

Throughout this paper, we have gone over some mathematical basis for the two conflicting theories surrounding the black hole information paradox. Here is a summation for the two:

The name for Einstein’s theory of gravity, in which gravity can be thought of as an effect of the warping of space and time. General relativity is not a quantum theory; it predicts exactly what happens, not probabilities for various things to happen.

Quantum Theory is the mathematics currently believed to underlie all physical processes in our universe. It only predicts the probability for any particular thing to happen. When you add up the probabilities for all of the different things that can possibly happen, you find the sum is equal (normalized) to one. One consequence of this is that in a quantum theory, information is never truly lost, nor is it truly copied. You can always determine how a system started (its “initial state”) from complete information about how it ends (its “final state”).

The black hole information paradox stems from both General Relativity and Quantum Theory; thanks to Hawking’s Radiation, the conflict between the two theories are demonstrated.

The Firewall: Complementary theory is self-contradicting, due to the evaporation process. After about halfway through evaporation, not enough information is left at the event horizon for holography to represent the inside of the black hole. As a result, an observer falling into a black hole, which has evaporated substantially, will hit a paradoxical firewall near the horizon, where there is not enough information to describe the inside of the black hole without contradicting quantum or general relativity. So the paradox returns in full force.

Many other theories call out the complexity of the inside of black holes, deeming that they should be called grey holes, fuzzy mass, or metastable gravitational bound states. This is due to the theorized chaotic insides of the black hole which could have an effect on the event horizon. Overall there aren’t many good theories out there because they are lacking the mathematical equations for proofs.

Black Holes are based on two theories: Quantum Mechanics and General Relativity. At first, we had a problem with entropy in the General Relativity theory. Thankfully, Beckenstein showed us that black holes have entropy directly related to their surface area, which satisfies the second law of thermodynamics. Later, Hawking demonstrated that particle pairs are created near the event horizon with quantum fields, causing black holes to radiate and evaporate over time. The creation of particle pairs causes the increase of entanglement entropy between the radiation and the black hole. Radiated quanta exist in a mixed quantum state because the quanta’s corresponding entangled particle has disappeared due to evaporation. This gives rise to the Black Hole Paradox.

The black hole paradox is the true nexus of conflict between General Relativity and Quantum Mechanics, two powerhouse theories in the realm of physics. As a consequence, it is one of the hardest and most challenging paradox to solve, and will most likely remain a mystery for quite some time. 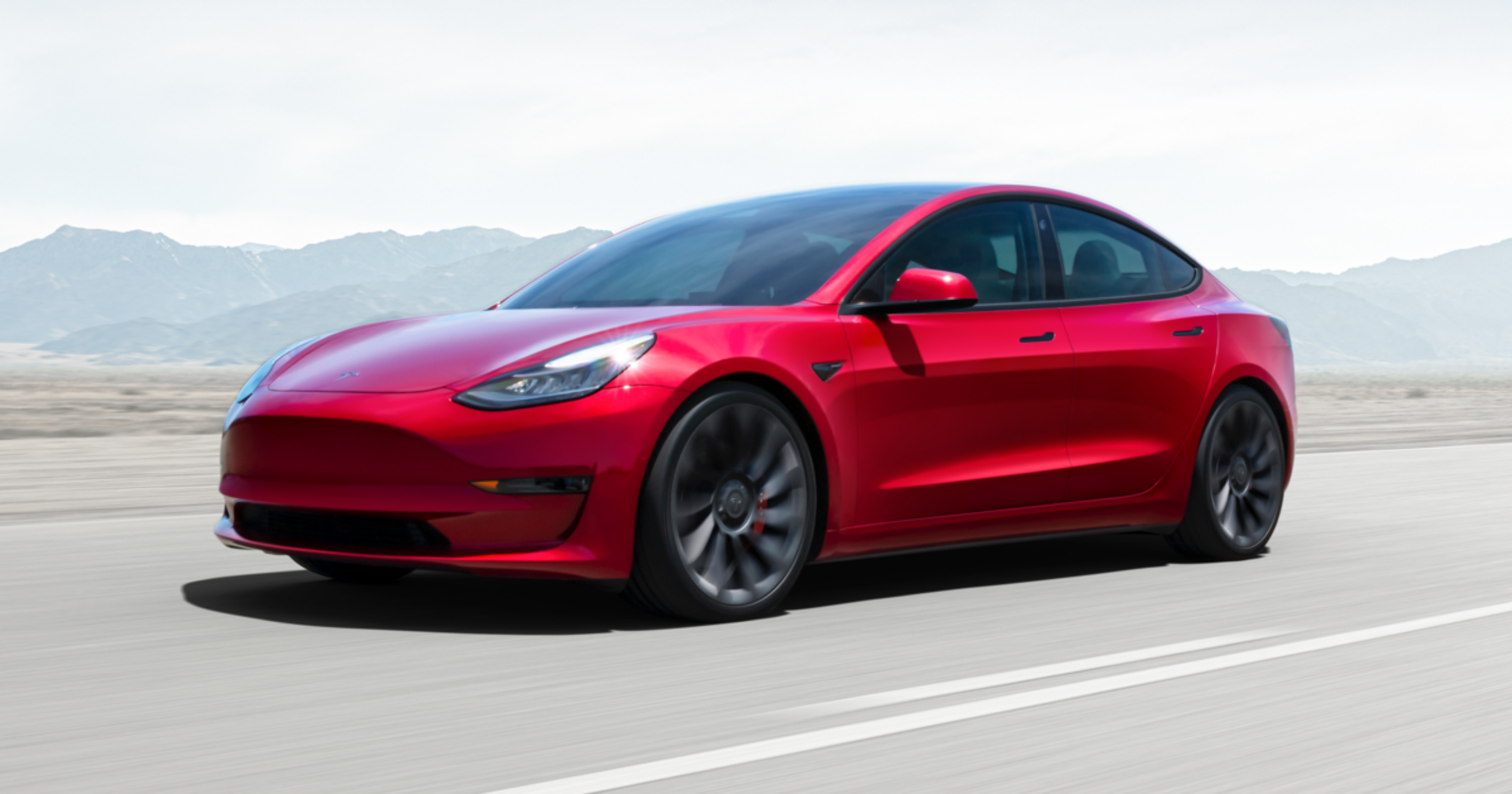 Tesla has stated that its mission is to accelerate the world to sustainable energy. The company started its innovation of the automobile industry as a niche differentiator, offering market-disrupting products in the form of luxury electric vehicles. 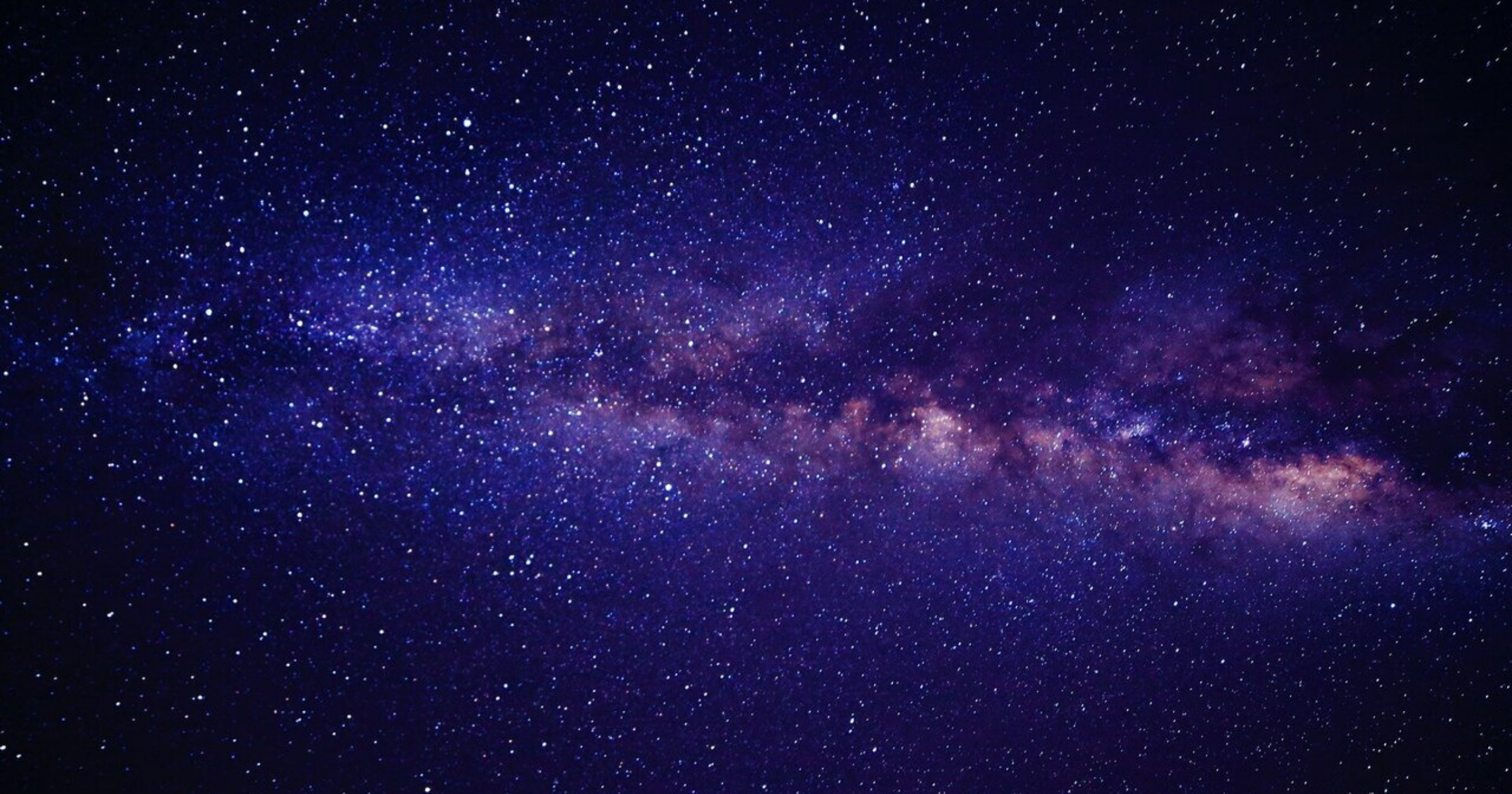 Is Science Declining? The Public and Scientists both say Yes.

Scientists and the Public both Agree that U.S. Scientific Community is Declining. A study released yesterday says American scientists and U.S. citizens have differences in opinions, but both can agree upon the decline of the scientific community throughout America in the past five years.